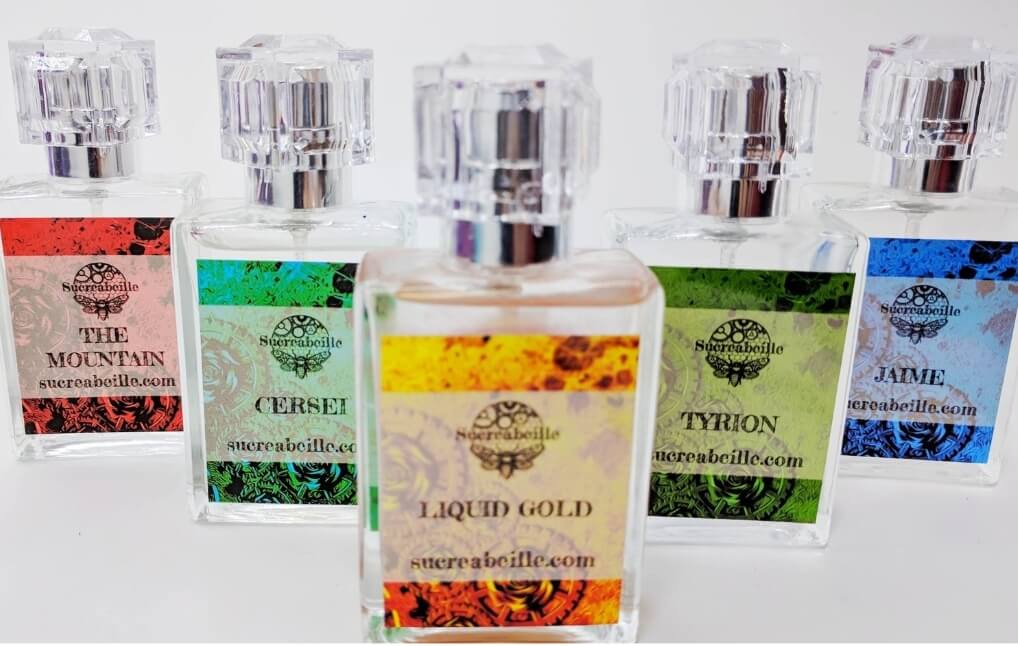 The latest House in our Frozen Embers limited edition collection is here: the Lannisters! The family we all love to hate, who aren't afraid to raise the dead or screw (over) a relative or two to get what they want, and who always make sure their debts are paid, the Lannisters are ruthless, relentless, and unpredictable, and we love them for it.

The Mountain: Oh Gregor, you gigantic, zombie guard. You've been through so much and killed so many good people, and yet, even you didn't deserve to end up as Cersei's monstrous, undead protector. While you probably don't smell great now what with being poisoned, killed, and brought back from the dead, one can imagine that back in the day you actually smelled quite manly and delicious. That's why this scent is a little sweet, a little musky, and definitely masculine, with notes of amber, oatmeal, and honey. After all, nobody with the nickname "The Mountain" would be particularly delicate. Just, you know, don't stick our faces in the fire for saying that. We meant that as a compliment; we aren't trying to insert ourselves into Clegane Bowl or any kind of fight, thanks.