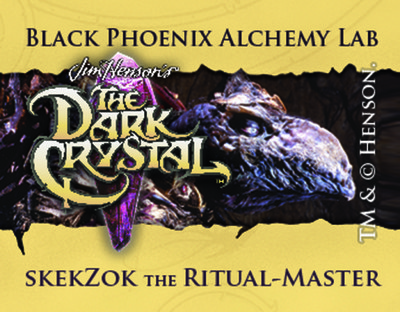 SkekZok the Ritual Master was thought to hold control of the court entirely in his own hands. He had the ear of skekSo the Emperor, whose wishes were absolute; no one could hope for success except through skekZok. He sought to rule the other Skeksis through prophecies he invented and false apparitions he conjured. SkekZok found that the Emperor raised favorites only to enjoy the pleasure of their fall, while other distrustful Skeksis practiced their own secret divinations.

An incense of deception: frankincense, opoponax, hyssop, champaca, and opium poppy accord.