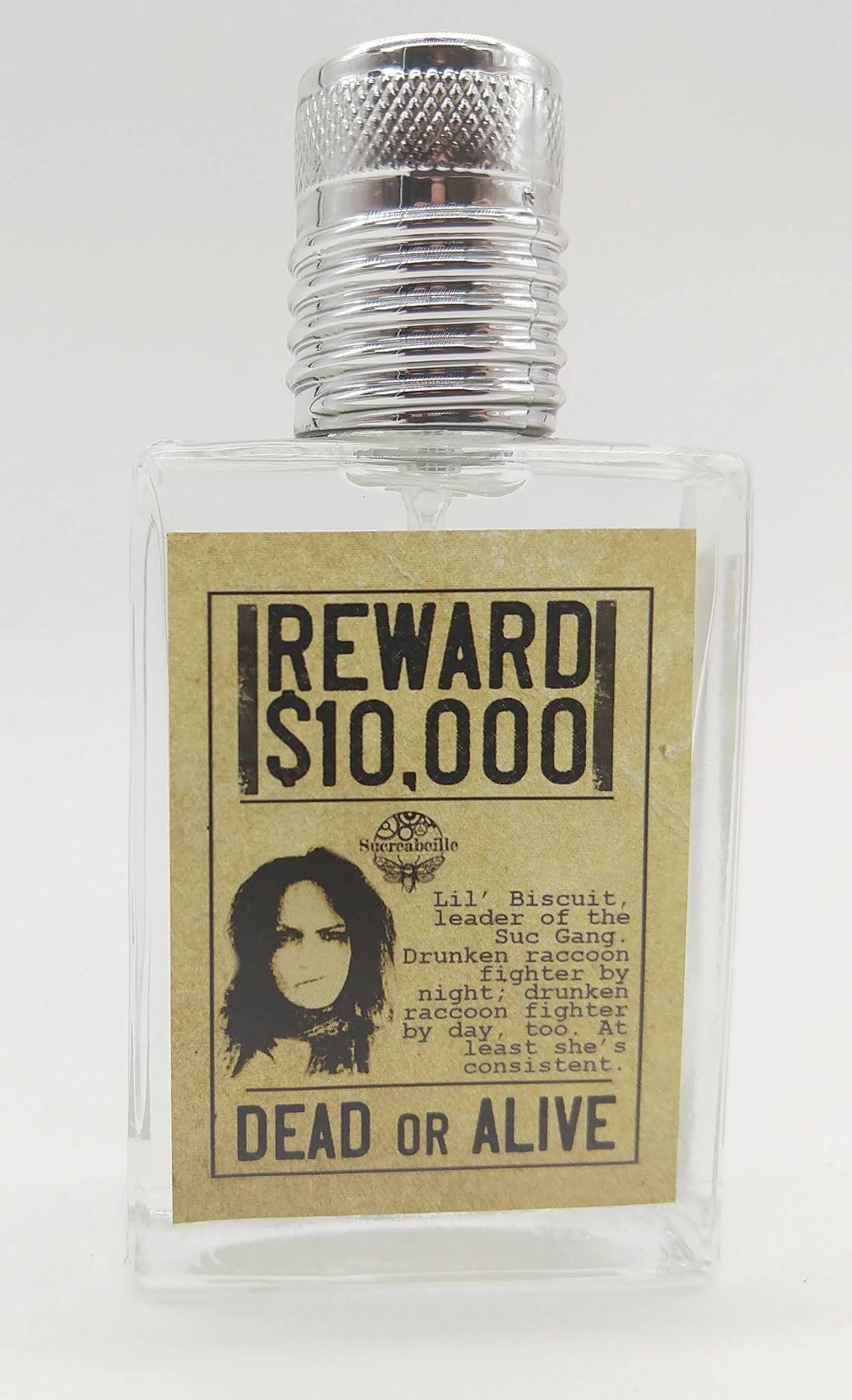 The leader of the notoriously awkward and incompetent band of criminals known as the Suc Gang, Lil’ Biscuit is a drunken fighter of wildlife, with a particular vendetta against raccoons (we don’t know why). She’s wanted dead or alive, with a reward of $10,000 for whomever brings her in, for her inebriated fights with animals in the parking lot of Chili’s. Or Applebee’s. TGI Friday’s occasionally as well; wherever has $1 margaritas or mudslides on special at the moment that she can throw up in a bush in-sight of a middle class family of four who are just trying to enjoy their appetizers without a side of obnoxious drunken behavior at 7 PM on a Tuesday night.

She’s often accompanied by the rest of her gang members, who actively encourage her to attempt to box with raccoons while engaging in their own petty crimes. Medium Dave steals margaritas sip by sip; Pinky is stealing yard decorations and flowers from neighboring businesses; Lazy Susan climbs into a random truck bed to take a nap; Stand-Around-Pam is by the front door screaming that loitering isn’t “a thing, dammit!,” all while Lil’ Biscuit is running around the parking lot, screaming for the raccoons to, quote, “Come and fight me like a man, you trash pandas! You’ll never eat my garbage again! I’ll make YOU into garba — ” before running off to puke in a decorative bush. Hell, we’ll extend the reward to any/all members of the Suc Gang brought in; let’s just get these idiots off the streets.

Scent notes: juicy, plump strawberries, sweet hazelnut toffee, a fresh grass stain on the knee of your favorite pair of jeans, animalistic musk, the kind an animal gives off when it’s being threatened by someone wanting to throw down fisticuffs.