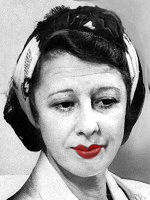 Elena (Magda) Lupescu was the mistress of Price Carol of Romania. He abducted the throne TWICE for her, which might be a record. She was not the prettiest lady by today's standards but she had something the prince could not leave alone. She was tall, with incredibly white skin, green eyes, and a very curvy outsized mouth. Many people considered her course and unladylike, but evidently that is what Prince Carol liked. Their affair was filled with intrigue, mis-reported identity, cast aside spouses, and international fall-de-ral and daring escapes. This affair was one of the events which contributed to Romania being known for dramatic love affairs, spice, and mystery.

In honor of such a wild affair (by the way they were finally married when Carol fled to Mexico to escape the invasion of the Axis powers during WWII), I am combining toasted Saigon cinnamon, marzipan paste of almonds, American red raspberries, and the flakiest of buttery shortbread crust into a treat fit for a king in bed with his lover while his wife (the luckless Princess Helena) spies through a keyhole. The end result has a fetchingly roseate part to it Foody spicy fun and plenty of it.

Please note that this perfume will irritate those who are irritated by cinnamon. If you fall into that category, you might want to pass this one by. Perfume should be made to please, not cause unhappiness.