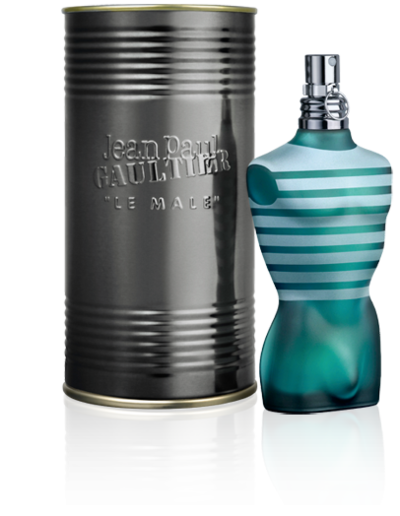 The tough guy with a soft heart!

"Le Male" Eau de Toilette by Jean Paul Gaultier, a fragrance that's 100% seductive, 100% scoundrel. With its perfect balance between virility and sensuality, "Le Male" turns traditional lavender upside-down by combining it with sexy vanilla. An Eau de Toilette that holds its own in a body-shaped bottle dressed in the designer's emblematic sailor's jersey.

Style:
The fragrance for the man who would be many men at once.