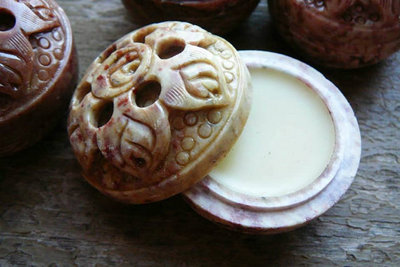 We don't hear much, if anything, from Joseph in the Bible. This is a man who was betrothed to a girl who suddenly turned up pregnant, without him ever touching her, and claimed it was the Son of God. (Surely that must have set folks' tongues to wagging; the idea was so scandalous that the Catholic church encouraged Renaissance painters to portray Joseph as an old man, when in reality he was likely as young as Mary.)

This is a man who escorted a pregnant virgin across dangerous country, watched her give birth in a barn, and shortly afterward was forced to flee into exile with his wife and her child, lest the child be killed. And after that, he raised the child-a very extraordinary child-and taught him his trade. To me, Joseph has always been a symbol of quiet but firm and steady faith.

I'm a Christian. I don't announce that often. I'm a bit disappointed to say that I don't announce it often for fear of the stereotypes surrounding Christians, the idea that *having* faith somehow means imposing on others. Joseph, you were by far a more steadfast man than I. This little concoction is for you.

So! The scent, you say? Well. Galilee is a true "natural" perfume, containing no synthetic fragrance oils-only essential oils suspended in a sweet almond and beeswax base. Frankincense and myrrh, of course, but also other ancient essentials-acacia, mandrake, rosewood-with tendrils of benzoin and vanilla and amber and heliotrope. It's unisex. Because this perfume contains natural oleoresins, little syrup-colored flecks and spots on the surface are common. On request, I can make the perfume vegan, with a candelilla base.

Last year, 20 percent of the proceeds from Galilee went to the Matthew Shepard Foundation: http://www.matthewshepard.org/ THANK YOU to all who participated.

THIS year, I've chosen United Cerebral Palsy to receive 20 percent of the proceeds. They're well known for making their money stretch a long way, using technology, support services, and other innovations to help people live independently. They're not about excluding disability . . . they're about making it work: http://ucp.org/

Because it contains essential oils and sweet almond oil, I don't recommend Galilee for women who are pregnant or nursing, or for folks who have nut allergies. Please talk to your doctor before using fragrance if you have any sensitivities or are pregnant or nursing. I also don't recommend you put the perfume on your lips, delightfully creamy as it is.

Galilee appears ONLY as a solid perfume, in these gorgeous little carved soapstone boxes (formerly in rosewood boxes). The boxes vary in carving pattern and stone color, but they are all gorgeous. I'll select a wonderful one just for you. For now, Galilee is a limited-edition fragrance.

THANK YOU ALL for the love you've shown this shop. I wish you all a blessed and joyous holiday season.