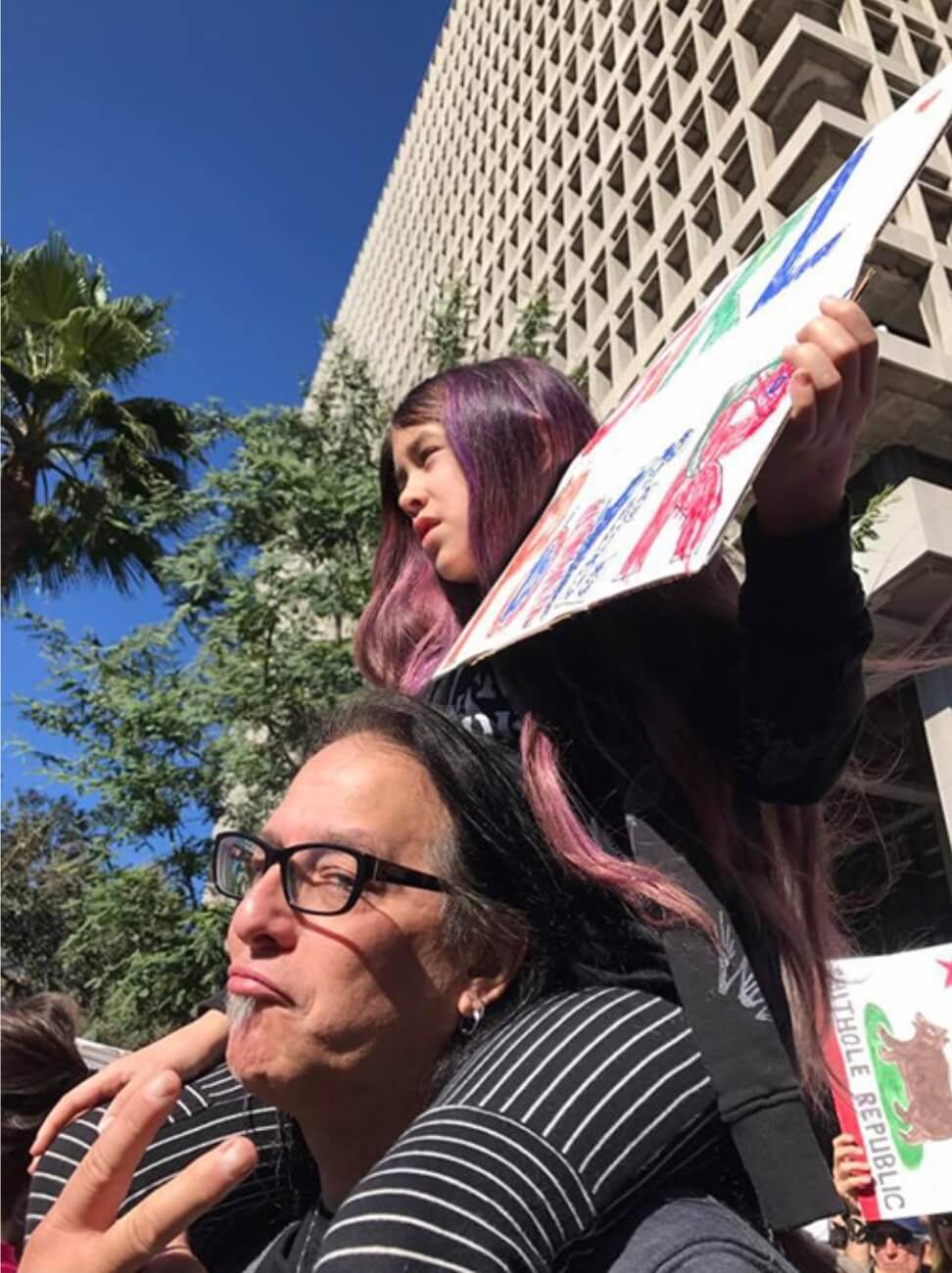 Back in 2016, we had made plans, a bit premature as it turned out, to travel to Washington D.C. to see the first woman sworn in as president of the United States of America. It was not to be, but we Barrials are nothing if not flexible. Along with some our best friends, we decided to travel to the Capitol to protest the vile man that is ruining our great country.

A year later, she rode my shoulders again at the first anniversary of the Womens’ March in Los Angeles.

With my beautiful daughter on my shoulders, we marched, we shouted, we made our voices heard again.

A scent of power and courage for my daughter: sweet milk and cardamom with vanilla pod and nutmeg.