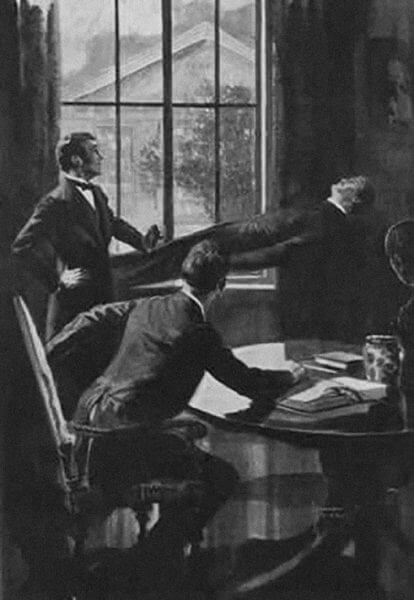 The Naturally Possible and Impossible

This has occurred in my presence on four occasions in darkness. The test conditions under which they took place were quite satisfactory, so far as the judgment was concerned; but ocular demonstration of such a fact is so necessary to disturb our pre-formed opinions as to “the naturally possible and impossible,” that I will here only mention cases in which the deductions of reason were confirmed by the sense of sight.

On one occasion I witnessed a chair, with a lady sitting on it, rise several inches from the ground. On another occasion, to avoid the suspicion of this being in some way performed by herself, the lady knelt on the chair in such a manner that its four feet were visible to us. It then rose about three inches, remained suspended for about ten seconds, and then slowly descended. At another time two children, on separate occasions, rose from the floor with their chairs, in full daylight, under (to me) most satisfactory conditions; for I was kneeling and keeping close watch upon the feet of the chair, and observing that no one might touch them.

The most striking cases of levitation which I have witnessed have been with Mr. Home, on three separate occasions have I seen him raised completely from the floor of the room. Once sitting in an easy chair, once kneeling on his chair, and once standing up. On each occasion I had full opportunity of watching the occurrence as it was taking place.

There are at least a hundred recorded instances of Mr. Home’s rising from the ground, in the presence of as many separate persons, and I have heard from the lips of the three witnesses to the most striking occurrence of this kind – the Earl of Dunraven, Lord Lindsay, and Captain C. Wynne – their own most minute accounts of what took place. To reject the recorded evidence on this subject is to reject all human testimony whatever; for no fact in sacred or profane history is supported by a stronger array of proofs

The accumulated testimony establishing Mr. Homes levitations is overwhelming. It is greatly to be desired that some person, whose evidence would be accepted as conclusive by the scientific world – if indeed there lives a person whose testimony in favour of such phenomena would be taken – would seriously and patiently examine the alleged facts. Most of the eyewitnesses to these levitations are now living, and would, doubtless, be willing to give their evidence. But, in a few years, such direct evidence will be difficult, if not impossible, to be obtained.

– Notes of an Enquiry into the Phenomena called Spiritual during the years 1870-1873, William Crookes