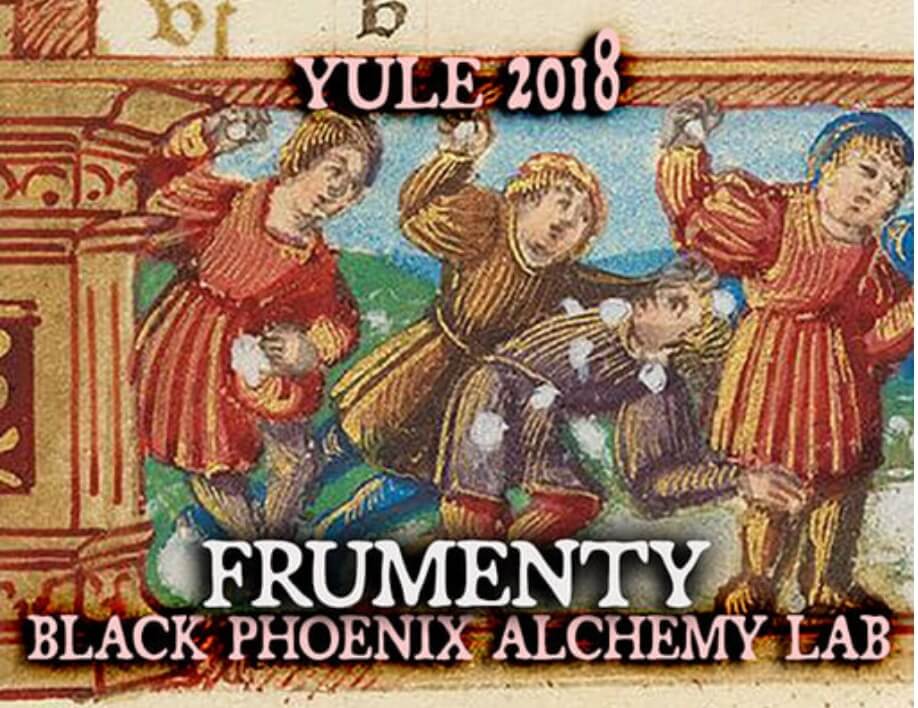 ‘To make frumente. Tak clene whete & braye yt wel in a morter tyl the holes gon of; seethe it til it breste in water. Nym it up & lat it cole. Tak good broth & swete mylk of kyn or of almand & tempere it therwith. Nym yelkes of eyren rawe & saffroun & cast therto; salt it: lat it naught boyle after the etren ben cast therinne. Messe it forth.’

In parts of rural England, the last sheaf of grain from autumn’s harvest were added to a sweet porridge that was eaten on Christmas morning to ensure good health and strength during the dark of the year.

Cracked wheat cooked in cream and ale with currants, cinnamon, nutmeg, and ginger.