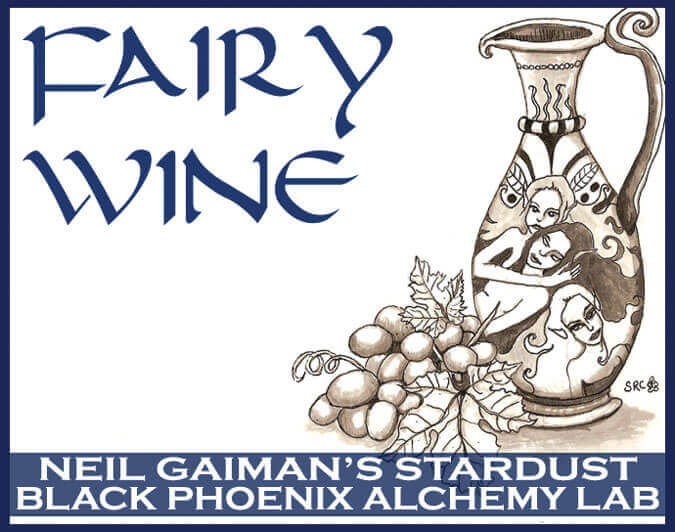 Mr. Bromios had set up a wine-tent and was selling wines and pasties to the village folk, who were often tempted by the foods being sold by the folk from Beyond the Wall but had been told by their grandparents, who had got it from their grandparents, that it was deeply, utterly wrong to eat fairy food, to drink fairy water and sip fairy wine.

An ethereal vintage, steeped with dandelion, honey, and red currants.