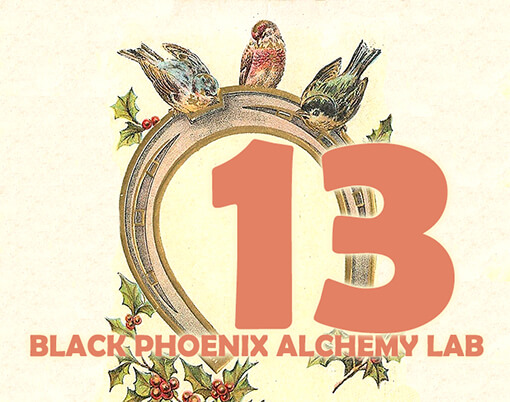 ...because there were 13 present at the Last Supper.
...Loki crashed a party of 12 at Valhalla, which ended in Baldur’s death.
...Oinomaos killed 13 of Hippodamia’s suitors before Pelops finally, in his own shady way, defeated the jealous king.
...In ancient Rome, Hecate’s witches gathered in groups of 12, the Goddess herself being the 13th in the coven.

...Christ was allegedly crucified on Friday the 13th.
...On Friday, October 13, 1307, King Philip IV of France ordered the arrests of Jaques de Molay, Grand Master of the Knights Templar, and sixty of his senior knights.
...In British custom, hangings were held on Fridays, and there were 13 steps on the gallows leading to the noose.

And, with a little stretch of the imagination, you can also fit “Jack the Ripper” and “Charles Manson” into that equation.

More current-era paranoia: modern schoolchildren stop their memorization of the multiplication tables at 12. There were 13 Plutonium slugs in the atomic bomb that was dropped on Nagasaki. Apollo 13 wasn’t exactly the most successful space mission. All of these are things that modern triskaidekaphobes point to when justifying their fears.

...In Jewish tradition, God has 13 Attributes of Mercy. Also, there were 13 tribes of Israel, 13 principles of Jewish faith, and 13 is considered the age of maturity.
...The ancient Egyptians believed that there were 12 stages of spiritual achievement in this lifetime, and a 13th beyond death.
...The word for thirteen, in Chinese, sounds much like the word which means “must be alive”.

...In some theories of relativity, there are 13 dimensions.
...It is a prime number, lucky number, star number, Wilson Prime, and Fibonacci number.
...There are 13 Archimedean solids.

AND...
...There were 13 original colonies when the United States were founded.

Says a lot about the US, doesn’t it?